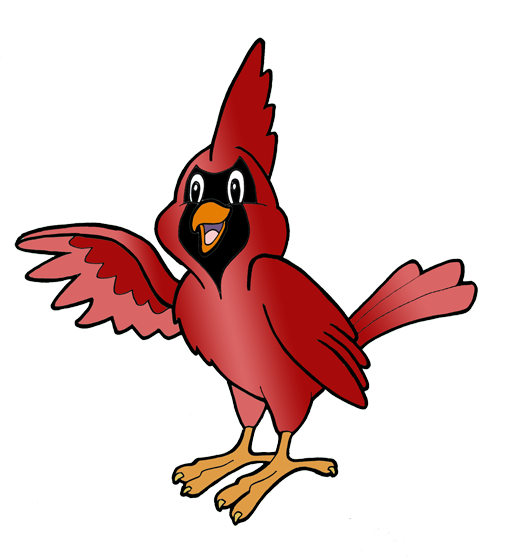 The cardinal was adopted as the official State Bird in 1949 following a vote of public school students and civic organizations, including sportsmen and bird study groups. Male cardinals are brilliant red all over, with a reddish bill and black face immediately around the bill. Females are pale brown overall with warm reddish tinges in the wings, tail, and crest. They have the same black face and red-orange bill (The Cornell Lab: All About Birds).

All About Birds Northern Cardinal Identification