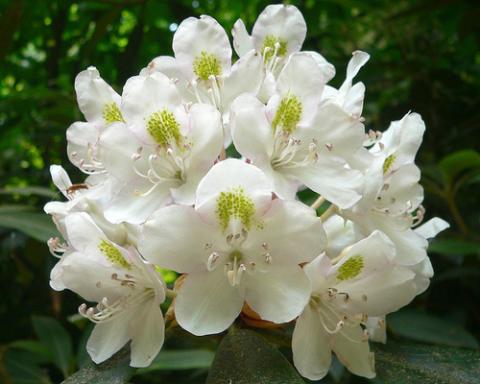 The rhododendron maximum (also known as the great laurel) became the official State Flower in 1903. The recommendation was made by the governor and a vote of public school students. Throughout the world there are more than 800 species of rhododendron, the most abundant being the purple or Catawba rhododendron and rhododendron maximum, also known as great laurel or rosebay. The rosebay alternates growth years with blooming years. The range of the rhododendron in the United States is in the eastern and midwestern states. It is common in much of West Virginia, the massed plants putting on a spectacular show when in full bloom. (Fenn, Christine D. "Rhododendron." e-WV: The West Virginia Encyclopedia. 24 January 2018.)