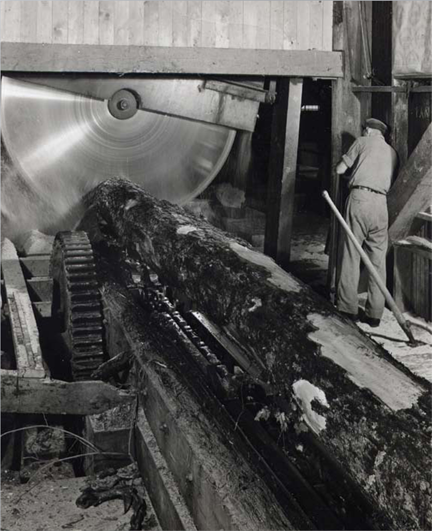 It would be correct to say the West Virginia timber industry dates to the frontier, when pioneers cut down trees to build their houses and heat their homes. The commercial timber industry took off with the spread of railroads after the Civil War. Logging towns emerged quickly. Loggers cut down trees and transported them to a saw mill. Many logging operations constructed log rafts and floated them downriver to the mill. This became a common sight on any navigable river or stream. At the mill, logs would be cut a variety of lengths and thicknesses based on the many ways lumber was used by consumers. Steam powered band saws accelerated the amount of lumber sawmills could produce, making West Virginia the third largest hardwood producing state in the nation between 1870 and 1920.

The timber boom had one significant negative impact on the state – deforestation. In 1870, the state had 10 million acres of old-growth forests. In 1910, only 1.5 million acres remained. By 1920, it was all gone. Due to the conservation efforts and the decline of rural agriculture, the state has more trees today than in the early 1900s.