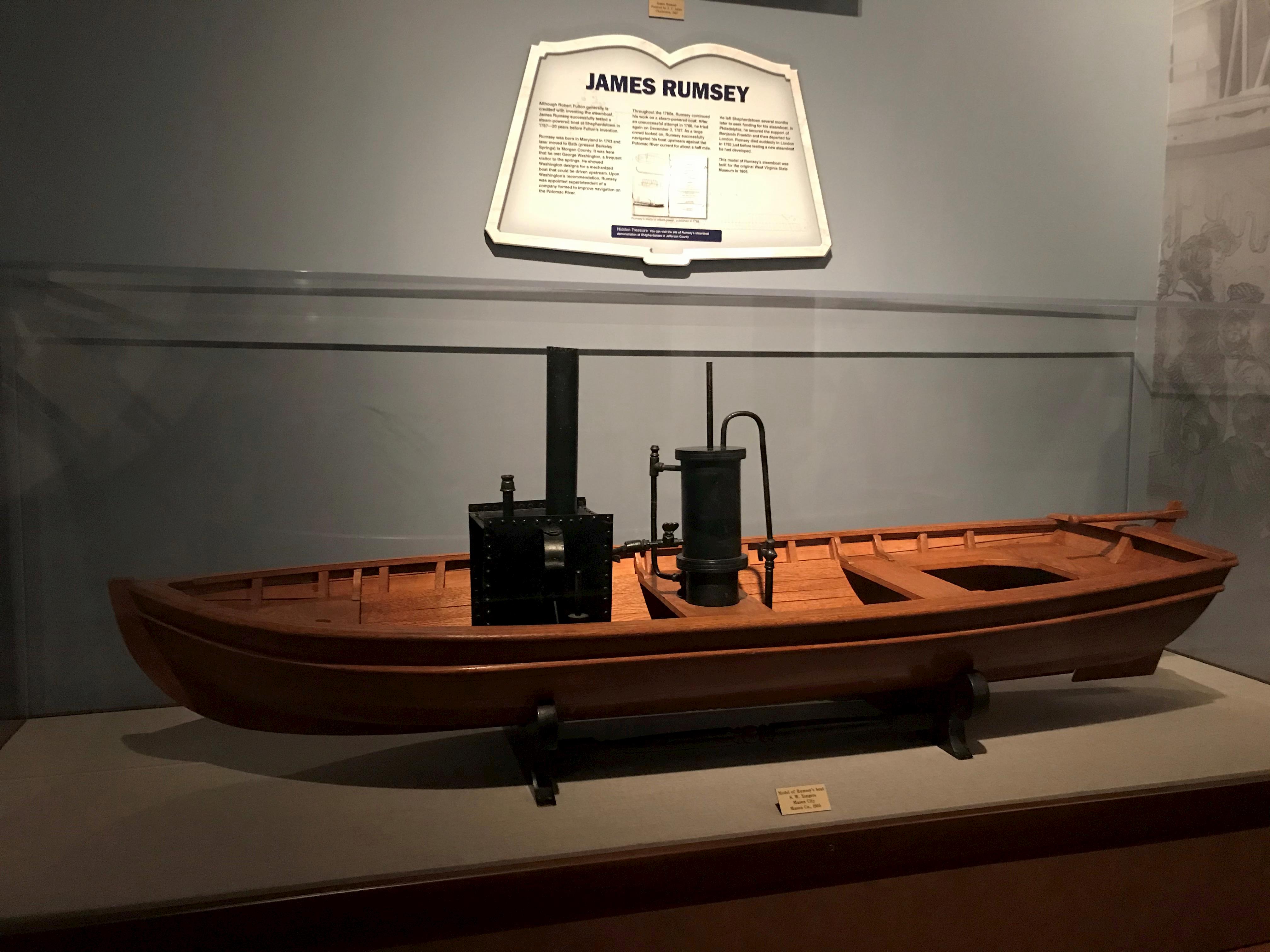 James Rumsey (March 1743-December 20, 1792) invented a steam engine capable of propelling a boat by means of hydraulic jet propulsion. He first demonstrated the engine on the Potomac River near Shepherdstown on December 3, 1787. This was 20 years before Robert Fulton’s boat, though the Fulton design was more practical, and it is Fulton who is honored today as the inventor of the steamboat.

Rumsey was born in Cecil County, Maryland. He was a successful miller, mill mechanic and designer, canal builder, blacksmith, and rustic architect. He kept an inn at Berkeley Springs and built and designed the first bath houses there for people who sought the healthful waters. There, he met George Washington, for whom he designed a house and other buildings. That association bought credibility for his steamboat inventing, for he demonstrated the boat to Washington and received a certification from Washington that he had seen the boat function. Washington wrote in his diary, September 6, 1784, ‘‘The model & its operation upon the water . . . not only convinced me of what I before thought . . . quite impractical, but that it might be turned to the greatest possible utility in inland navigation.’’

People called Rumsey ‘‘crazy Rumsey’’ until the successful demonstration of his engine on the Potomac in a boat built by Joseph Barnes. Gen. Horatio Gates famously cried, ‘‘My God, she moves,’’ as the boat achieved four knots traveling upstream. Washington and others urged Rumsey to seek further support for his invention, and he went first to Philadelphia, where he enlisted the aid of Benjamin Franklin. Franklin and other supporters founded the Rumseian Society to help advance Rumsey’s steamboat and other inventions. While seeking a patent for his steamboat in England, Rumsey died. Friends carried out a scheduled steamboat demonstration on the Thames shortly after his death.

You can also visit The Rumseian Society for more information. Additionally, visit the Historic Shepherdstown & Museum to see The Rumsey Steamboat Museum.